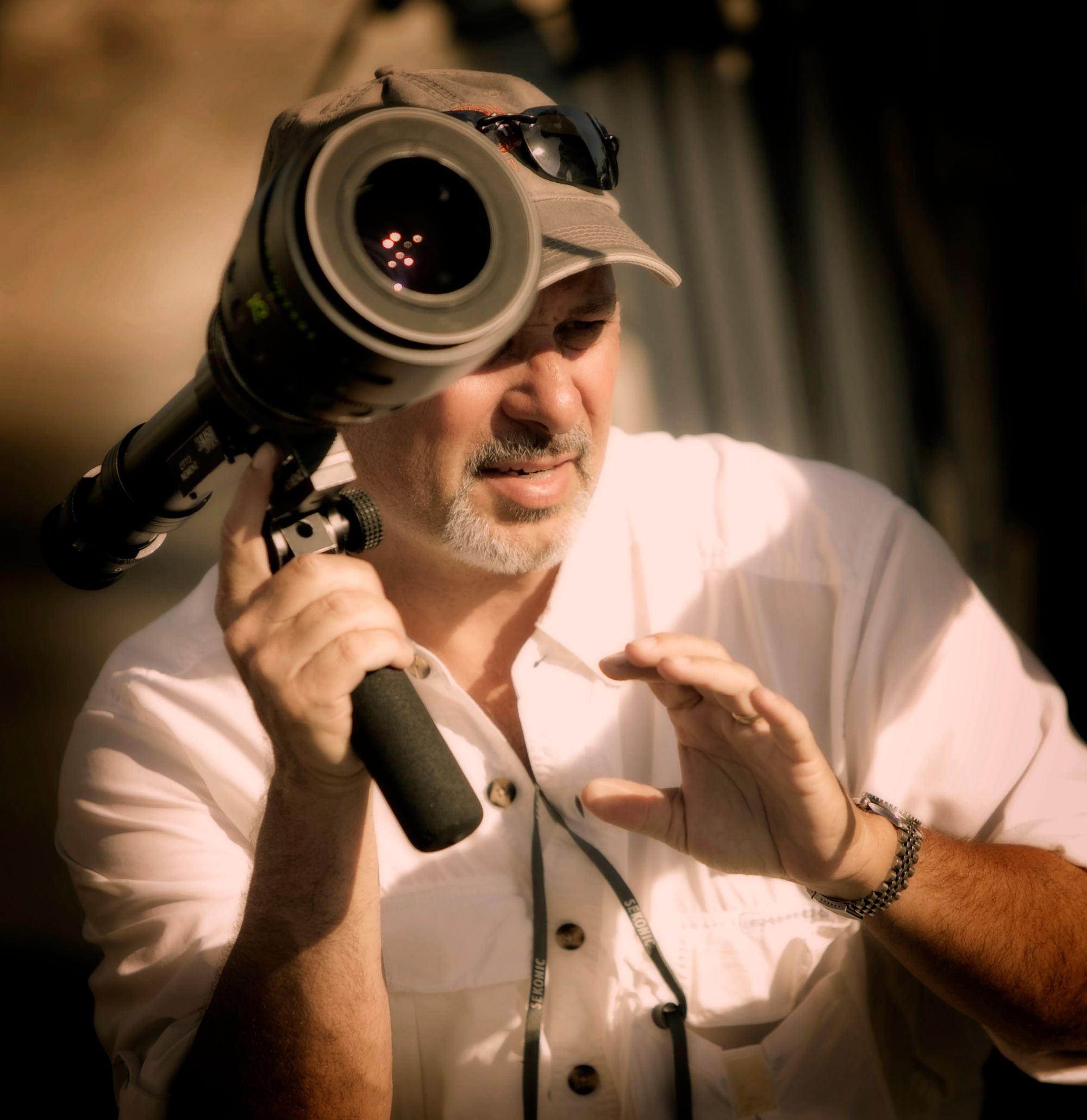 20,000 steps…that’s the ground you’ll cover as you spend the day on set with Director of Photography Kevin McKnight. In that time, two things become apparent: Kevin’s infectious energy, and his “chair-resistant” work ethic. With over 25 years as a Director of Photography, Kevin’s enthusiasm in creating images is just as alive now as it was when he first picked up a camera. After studying filmmaking at Art Center College of Design, Kevin traversed the world, shooting travel documentaries that spanned the globe, from navigating all 4000 miles of the Amazon to trekking across the Alaskan tundra. It was on-board these stunning global adventures that Kevin developed his own unique aperture to the world around him, a personal lens that he brought with him to the commercial world. Kevin honed his photographic skills shooting hundreds of national spots before making the long-dreamt transition to the storytelling world of movies and television. From the sweeping landscapes of “Hidalgo” to the action fueled adrenaline of “Killers” Kevin’s 2nd unit work helped spur the transition into the theatrical arena.

Most recently Kevin has served as Director of Photography on HBO's "The Outsider", USA’s “The Purge”, Showtime’s “Shameless”, and WGN America’s “Underground”, as well as helming the pilots for Fox’s “Backstrom”, A&E’s “Infamous”, USA’s “Unsolved”, and CBS’s “Murder”. He received an ASC Awards Nomination for Underground’s pilot, “The Macon 7.”